Understanding Karmic Relationships And How To Clear The Root Causes 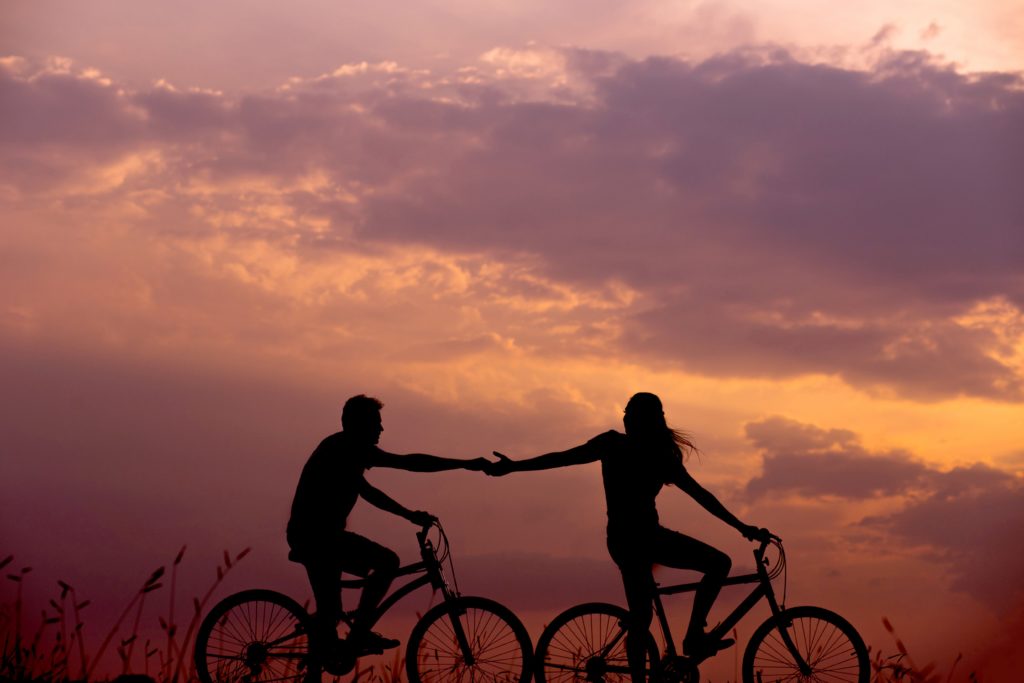 The partners had, most of the time, the same kind of relationship in past incarnations as in this life, such as being lovers, being married or being siblings, or also being business partners. It also happens that some souls experienced different kinds of relationships over many incarnations.

Are you in a karmic relationship?

If you answered a few or all of these questions with “yes”, chances are that you are (or were) in a so-called karmic relationship. If so, you might be interested in learning more about it.

What makes those relationships karmic is the fact that both souls have accumulated negative karma over many lifetimes, for themselves and together. Whenever these souls meet again, it’s a bit worse because there is always a bit more of their shared negative karma that is showing up in the current incarnation. In an aggregated form. Another reason is the so-called soul contract. Let’s first get a better understanding of both issues.

When these souls met for the first time, they may have closed a soul contract, mutually or one-sided. Initially, soul contracts had a positive intention, such as an expression of love and commitment. However, soul contracts are, in fact, not such a positive thing. No, they are not. Soul contracts mean that one or both partners provide too much of their vital life force energy for their partner. You could also say, both partner live from the other partner’s vital life force energy which means they draw energy from each other. And that’s not positive, nor is it necessary to express love and commitment.

Shared negative karma is another reason for karmic relationships

Karma is just another word for one of the universal laws, the law of cause and effect. Whatever choice you make, your choice has a consequence. The choices you make represent your preferences, such as the choice to apply for a particular job, the choice to move to another city or country, or the choice to be a relationship or not. Daily choices such as to have tea or coffee for breakfast, to make this trip or not, or to see a friend or not. And of course, it is your choice to be in this relationship that might cause some of the experiences I have mentioned above. And all the choices you make in any relationship have consequences for both partners—all the time.

Choices that create shared negative karma are life-changing and traumatic in nature. It’s never about having tea or coffee for breakfast. Instead, it’s about experiencing, for instance, a horrible accident, or being involved in emotionally, mentally abusive or even physically abusive and violent situations. And, whether we like it or not, our choices create our experiences.

Usually, both souls carry negative karma on to another life. If not cleared, the souls are still on the same frequency; they attract the same people, situations and places again. And boom, they meet again and are caught in the same karmic patterns they already experienced for a few lifetimes. But now, there is even more shared negative karma that will come up throughout the relationship in one way or another.

Imagine there is already a soul contract in place, and then, the weight of shared negative karma is increasing every time these souls meet again. In parallel, the experiences these souls wanted to make with each other are adding up, too. And, at some point, these souls have experienced what they wanted to experience with each other, and it’s time to move on, for the highest good of both souls. That’s when the perception of a “pointless” relationship is part of the observations I listed above. Then, the combination of making “pointless” experiences with each other and still feeling a lot of love for the partner, based on this deep karmic connection, makes it very hard to move on, usually for both partners.

And that’s often VERY difficult to understand (believe me, it can take years!), because initially when they met, they had this feeling of already knowing each other very well (which makes sense). Often, both souls have an in-depth knowledge of each other, and they often ask themselves “where does this come from? How do you know? We only spent a few hours, days, or weeks together.” That’s because these souls met in the past, often already a few times.

How to get out of a karmic relationship?

Just breaking up? If it was that simple, I wouldn’t even write about the issue. And you wouldn’t read until here.

First of all, and that’s critical to understand: it is your choice to stay in any relationship or not to do so. The more often you nodded your head in agreement with the initial observations at the beginning of this blog post, the more you are already thinking about this question.

Second, there are no mysterious things like destiny or something you have to go through. No, there is no divine intervention. You are in charge. You are the master of your experiences, and it’s your choice. I will tell you in a minute why we often cannot make a free will choice in that case…because the energetic root causes stand in our way. More in that in a moment…

What’s called romantic, karmic, or even predefined is based on the two mechanisms, I just explained. Soul contracts and shared negative karma. Nothing else. Nothing that has to be this way. No. It was even a free will choice of your soul to agree to a soul contract many incarnations ago.

Now, you could say, just do that. Walk away. Break up with that person. But that’s precisely the problem. That’s just not working very well when it comes to karmic relationships. Even if they tried to break up with each other a few times, they often circle back to each other with good intentions to do things differently. But then, the partners observe themselves repeating the same patterns again, maybe on another level with a different aspect. But at the core, these are the same issues. Again. Or they repeat the same patterns. Again. And again.

If the energetic cords of your karmic relationship are not cleared, you are still in that relationship

This is about tackling the root causes and not treating the symptoms. Clearing the soul contract and the shared negative karma. For the highest good of both souls. In love and acceptance. And that’s the key to completing a karmic relationship. To CLEAR the underlying root causes so that you can easily make a free will choice. To walk away or to stay.

I’m sure you know people who tell you that they experience the same problems or patterns in any relationship, and still think that it’s the partners’ fault. No, it’s not. It’s just that they attract the same energy over and over again unless they energetically clear the causes. Without clearing the past, your soul cannot close the chapter and move on. So, clearing the karmic root causes of this relationship, you will have a hard time to improve the relationship or to make the conscious choice to walk away or to stay.

And that requires much more than breaking up with each other. Instead, it requires some energetic work on all 15 dimensions of your awareness, because all negative karma and also soul contracts and other energetic blockages create “energetic ids” that are physically stored in people’s energy field or DNA.

Completing a karmic relationship means clearing the root causes instead of treating the symptoms only.

Instead, the process empowers both partners to clear the karmic aspect of their relationship, to regain direct access to their vital life force energy, and to leave the learning experiences intact, in the highest good of both souls.

Once the shared negative karma and the soul contract are cleared, both souls can close the chapter and move on. This process of completing the relationship energetically also allows keeping the learning experience intact. And that’s very important. After all, there were many positive and beautiful moments, and there were experiences that led to, sometimes hard, lessons to be learned. After such a completion process, the souls can shift their energy, and usually, they raise their frequency. And that means that they will then attract different people, different places and different situations. That helps them not to get trapped again in the same old karmic relationship. And it offers the opportunity to experience different things these souls want to experience next.

Completing a karmic relationship also works if only one partner, often an ex-partner, is doing this work. Usually, that’s the only way to process what happened in a positive way and to move on. In such a situation, this partner who is doing the work will recognise that the other partner literally “disappears” from their radar screen. Although it might feel weird in the beginning, it’s a positive thing for both souls. Even more, it’s actually just a consequence of doing the energetic clearing work, for both souls, although it could feel a bit nostalgic.

Different concepts are existing on how to complete karmic relationships and how to clear their causes. Ideally, you begin with understanding both partners at soul level and identifying all energetic blockages both partners share. Usually, there are additional blockages, not just the soul contract and the shared negative karma. Next, it’s about clearing these blockages. And finally, it’s a very powerful procedure to go through an energetic process that completes the partnership so that each soul is free from these boundaries.

Completing karmic relationships by clearing their root causes is a compelling way that allows both souls to acknowledge and honour ALL shared experiences.

I am happy to help you and to guide you through it, with all the steps I mentioned. There might be a few iterations for you. Don’t get angry with yourself. Instead, welcome the iteration and listen to it and ask yourself “what is it I can learn from this situation right now?” And as in every life area, the patterns repeat themselves until we clear all remaining blockages. Then, we learn how to change our approach, our attitude, our behaviour, and our responses. With completing karmic relationships, the changes we are making might appear gradually for a long time, but then, all of a sudden, it makes “click,” and the difference is huge. Then, completion has been processed successfully. For both souls. In acceptance, love, and gratitude. In the highest good of both souls.

And you know what… you will raise your energy quite fundamentally. You will finally get things done, that didn’t work before, you will eventually finish this or that project you didn’t have enough energy before. And that’s because you have your vital life force energy back. After all, the separation from Source has been ended, and that’s why your access to your intuition is increasing.